A homage to Jurassic Park 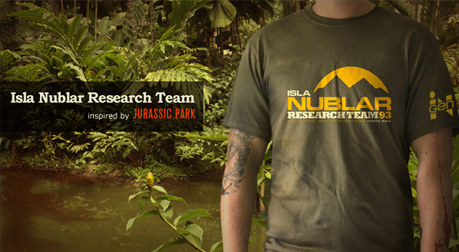 “Genetic power is the most awesome force the planet’s ever witnessed, yet you wield it like a kid that’s found his dad’s gun.” Become a member of the Isla Nublar Research Team with one of these new Jurassic Park inspired T-shirts. Blood and sweat not included. 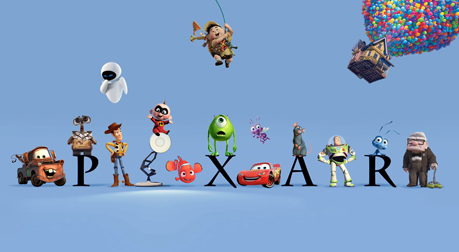 In February this year we helped our friends out from Pixar with a top secret project (this message won’t self destruct, but we are sworn to secrecy at this early stage) – and in return, they’ve kindly invited us over to California in October for a once in a lifetime tour around the prestigious Pixar Animation Studios. We’re hoping to get some photos of our time out there which we will upload to the news section from the 13th of October. We’d like to extend a massive thanks to all the kind people we have met so far from Pixar and for making this pilgrimage possible for us.

Back to the Future 25th Anniversary Trilogy Blu-ray Disc. 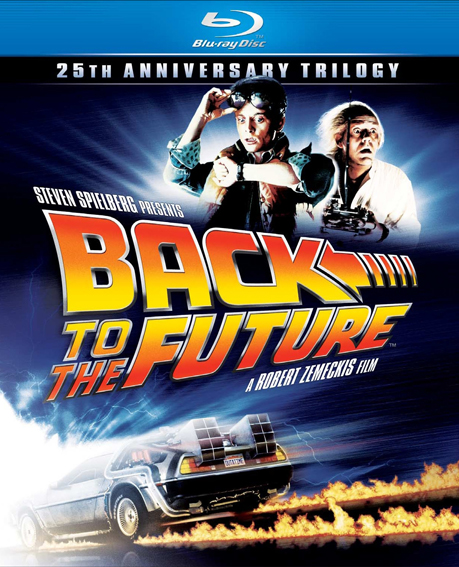 To co-incide with the release of the 25th Anniversary Blu-ray box set , Universal Pictures asked Last Exit to Nowhere for a selection of our Back to the Future homage T-shirts, including our recent Dr. E. Brown Scientific Services design and our Hill Valley High School T-shirt. Make sure you don’t miss Back to the Future in all its original splendour on the big screen from the 1st of October and own it for yourself on Blu-ray Disc from the 25th of October.

Every Which Way But Loose homage T-shirt 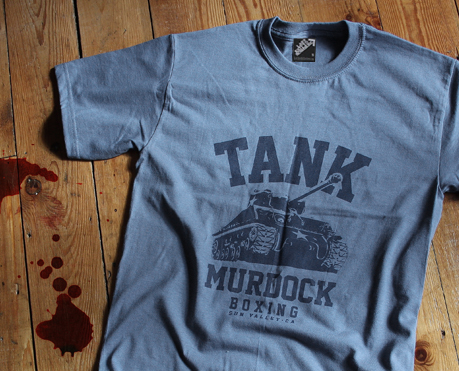 “I like you. Don’t worry kid, we’re gonna get this over in a hurry and take care of you here. Where’d you hear of Tank Murdock before, kid?” A brand new T-shirt to the Last Exit to Nowhere range inspired by the legendary bare knuckle fighter in the 1978 comedy Every Which Way But Loose.

Nathan Barry who is one of WIRED’s GeekDads had these kind words to say about Last Exit to Nowhere:

Geeks love movies.
Geeks love T-shirts.
Geeks love to express their love of movies on their T-shirts.
And the folks at Last Exit To Nowhere love to make geeky t-shirts inspired by geeky movies.

The company was set up about 3 years ago by a bunch of movie geeks who also happen to be designers, illustrators, screenprinters and photographers. Their goal was to create something a little bit different, and you can see the pride they obviously take in their work from the results.
Where their designs differ from the plethora of other T-shirts out there is in the almost forgotten art of subtlety. Anyone can knock up a shirt with the movie’s logo on it or write something ‘witty’ in The Terminator font, but Last Exit likes to do it in a much more esoteric way. Of course, as soon as someone has a great idea like this, there’s instantly hundreds of copycats around the web, but beware of imitations!

I’ve seen hundreds of variations of Jack Nicholson’s head coming through the chopped up doorway saying “Here’s Johnny!”, but Last Exit’s take on The Shining resulted in a vintage effect logo for ‘The Overlook Hotel’, complete with the mountains in background.
Why settle for Sloth’s ever quotable, but eminently predictable, “Hey, you guys!” on your Goonies-themed tee, when you could have the logo for the “Lighthouse Lounge” resturant and bar?

Sometimes they take the logo of a company glimpsed for only a few moments in the film and reproduce it, as they’ve done with Omni Consumer Products (OCP) from Robocop and Jack Burton’s Pork Chop Express.

Other designs feature logos for corporations only mentioned verbally in the movie, which Last Exit then creates from scratch in the appropriate style. Ever wondered what the Alien franchise’s ‘Weyland-Yutani’ Corp’s logo would look like? Or how about Gaff’s Spinner from Blade Runner?

Some of the best ones are designed like tourist souvenirs from the real and fictional locations in some of our favourite flicks. How about a shirt from ‘Devil’s Tower, Wyoming’ or ‘Hill Valley High School’? Or maybe even the pub featured in An American Werewolf in London: ‘The Slaughtered Lamb’?

My favourite thing about the ‘Abe Froman, Sausage King Of Chicago’ one my wife got for me is that so few people actually get it. To them it could just a cute 50s style illustration of a guy with a sausage on a fork, only the Trufan™ will recognise it for what it is and give you that knowing nod of approval. Shame on you if you just had to Google it…

Do you know what the Shimata Dominguez Corporation do? Where did you see Jaffe’s Burger Den? What about Charlie Croker’s Couch Tours? There are so many great design from great movies that it’s actually really tough to decide which ones to buy! There is one odd thing though – all the tees seem to be based on movies from the 20th century, with only a few more recent ones. You won’t find any referencing The Matrix or Moon. Maybe the studios keep a tighter reign on the copyright these days, which is a real shame as I’d love a Lunar Industries t-shirt!

They produce some of the designs in slim-fit and hoodie styles, as well as kids sizes so the little geeklets can be in on the joke too, even if they don’t really get it. Add to that some special posters and embroidered caps and it’s a one stop shop for geek satisfaction. They use the highest quality t-shirts and the screenprinting is faultless – unless it’s supposed to have a vintage look of course. International shipping starts at £4, which seems very reasonable to me given that I’ve paid upwards of $10 to get shirts shipped from the US to England in the past. The ones I’ve ordered for myself have generally arrived the next day.

Last Exit To Nowhere is very active on the social media scene, and are constantly previewing new designs and running competitions through their twitter account @lastexitshirts and facebook page. Their #hashtag games are great fun to take part in even if you don’t win – the last two were #BestTopicalFilm and #BestHorrorMonster – and then there’s always the photo of the month competition, where people show off their purchases in very creative ways.

Speaking of competitions, Last Exit To Nowhere has very kindly given five lucky GeekDad readers the chance to win one their fabulous t-shirts. We thought we’d make it a bit more interesting than just leaving a comment, so we’ve put together a little multiple choice quiz for you. Correctly name all 20 movies that each of these t-shirt designs were inspired by, leave your email address and we’ll pick five winners at random on the 13th September.

Even if you don’t win, you can still save 15% on the price of the t-shirts be using the code GEEKDAD at the checkout on lastexittonowhere.com.

A homage to Back to the Future 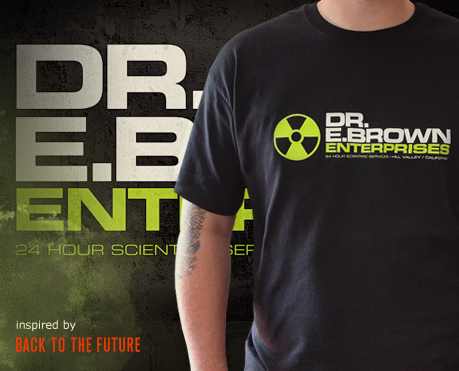 “If my calculations are correct, when this baby hits eighty-eight miles per hour… you’re gonna see some serious shit.” Celebrate Christopher Lloyd’s madcap/genius character and become a student of all sciences with this Dr E Brown Enterprises T-shirt. Includes a Flux Capacitor backprint.