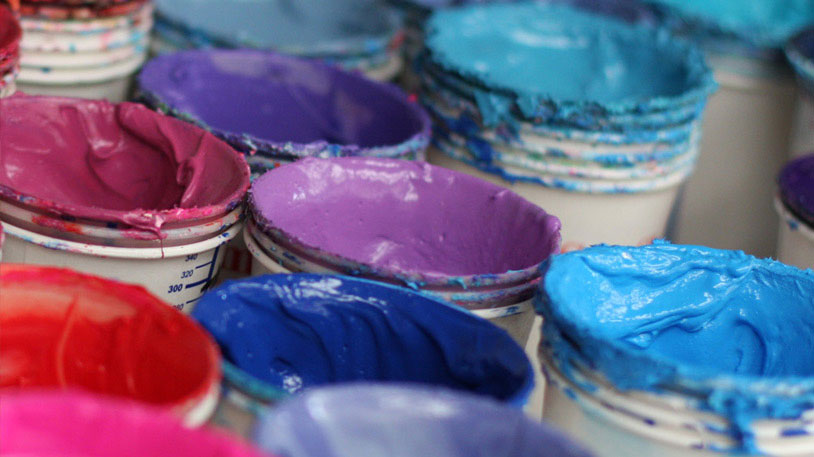 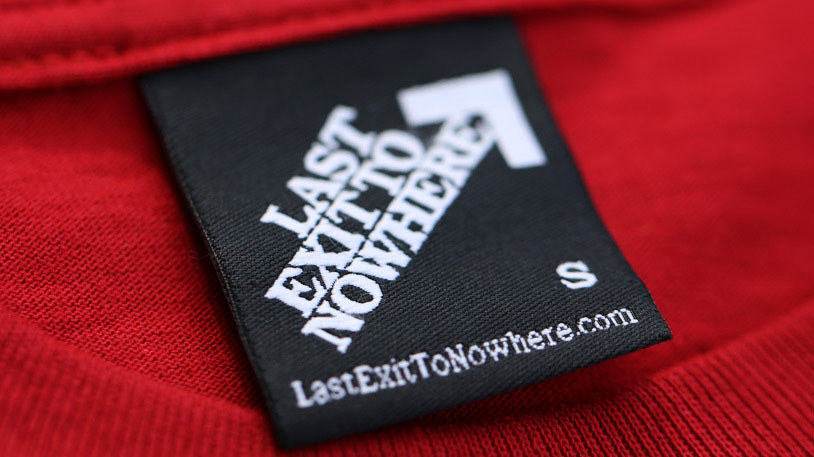 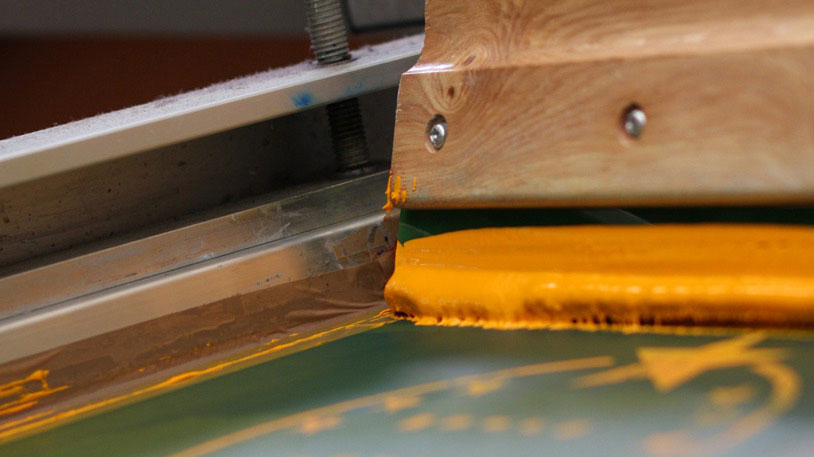 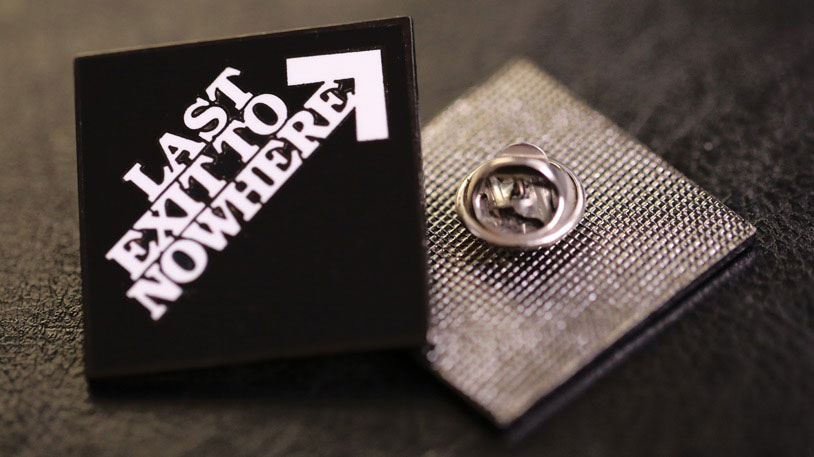 Last Exit to Nowhere is a small collective of designers, illustrators, screen printers and photographers, first established in 2007. We collaborate to create unique hand screen printed T-shirts that pay homage to the most memorable places, corporations and characters in cinema and television history.

We’ve had the privilege to have been asked to work on a number of commissioned designs over the years, including projects for Pixar, Universal Studios, StudioCanal, Big Talk Productions, WarpFilms and Rook Films to name just a few. If you’re in the film or TV industry and would like us to be involved with your project, please don’t hesitate to get in touch: info@lastexittonowhere.com

We take pride in everything that we set out to do – from the initial t-shirt design concept through to the finished hand screen printed garment. Our genuine passion for all things film, TV and design sets us apart from other companies. Great customer service is paramount here at Last Exit too, another thing we pride ourselves on. But of course, don’t just take our word for it: TESTIMONIALS.

Your ideas and suggestions are important. If you feel like we haven’t represented your favourite film/TV series or you have some ideas you’d like to share with us, then please email: info@lastexittonowhere.com

Our social media pages unite a community of like-minded film/TV enthusiasts and cinephiles, including many people that work within the film industry itself. It’s a great way to discuss all things film related with people that share our celluloid passion. Keep up-to-date with all the latest activities, news, special offers, discounts and general rants on our TWITTER and FACEBOOK pages.
Our legion is growing, become a part of it.

“Essential for all self respecting film fans.” Total Film

“The most consistently inventive T-shirt shop out there, Last Exit remains our first port of call for all subtly movie-centric gear.” Empire

“The shirts from Last Exit to Nowhere are for the true movie geeks out there. The epitome of esoteric, these references can only be spotted by the sharpest of movie fans and create an unspoken bond between the wearer and the person envying the wearer for wearing such a cool shirt.” collider.com

“How did I not know about this film-themed online t-shirt shop before? I require one of each immediately.” Xeni Jardin boingboing.net

“For my birthday last year, Steve Pemberton got me a Thorn Industries t shirt. It’s inspired! Thank you for creating it to wear!” Reece Shearsmith

“For those who find wearing the title of their favourite movie just a little too obvious, Last Exit to Nowhere provide the cool/uber-nerdy alternative of sporting a logo associated with your choice flick.” Empire

“A one-stop shop for everything movie cool!”
Total Film

“Only a true fan would be attentive enough to the fake brand’s imaginary world to pick up on the reference.” New York Times

“Anyone can wear a shirt bearing the name of their favourite film, but these shirts go way beyond that.” Wired

“For serious movie geeks, these shirts are esoteric in the coolest possible way.” Irish Times

“Designed especially for movie fans wanting something that cuts a little bit deeper.”
Rip It Up Magazine

“Film buffs are just as obsessed as sports fanatics, but they have fewer accepted ways to show their love. Luckily, Last Exit to Nowhere understands both the urge to represent and the need for discretion.” Playboy

“I’m a huge fan of Last Exit to Nowhere. By huge fan, I mean that I am delighted to wear a semi-secret message on my chest that identifies me as part of the geek conspiracy to take over the world.” Sam Witwer

“Trust is hard to come by these days, but Last Exit to Nowhere has your back. Subtle geek tees.”
Quint. AintItCool.com