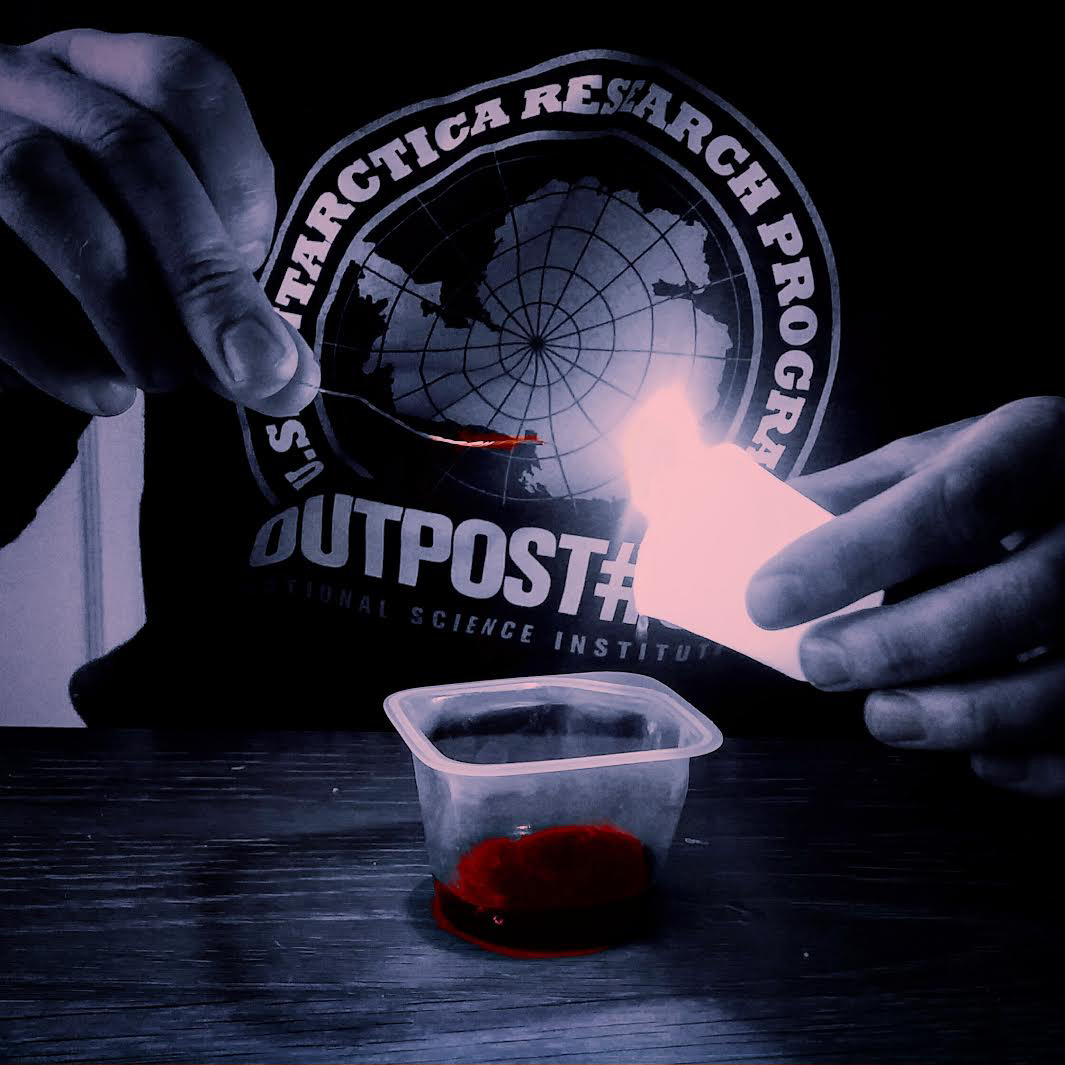 BEST PICTURE OF THE MONTH OCTOBER 2015

The winner of our Best Picture of the Month Competition for September is Chris Davidson with this fantastic image inspired by John Carpenter’s The Thing.

If you’d like to enter our competition this month for the chance to WIN 3 Last Exit to Nowhere T-shirts of your choice, then send your image to us by email: info@lastexittonowhere.com or Twitter including @LastExitTshirts with your post. We also accept submitted photos sent to us on Facebook and Instagram. As always, all images must contain a reference to Last Exit to Nowhere in some way. Good luck! 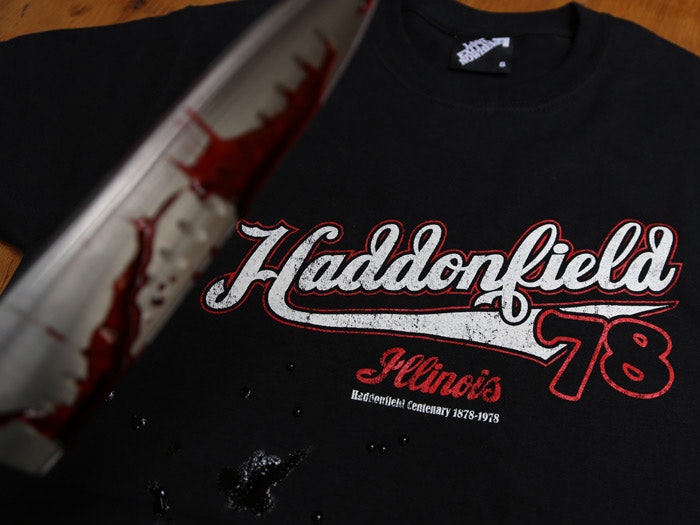 It's Halloween, everyone's entitled to one good scare.

Based on the fictional location featured in the 1978 John Carpenter film, Halloween. A two colour design, hand screen printed on a regular fit, 100% cotton black t-shirt. 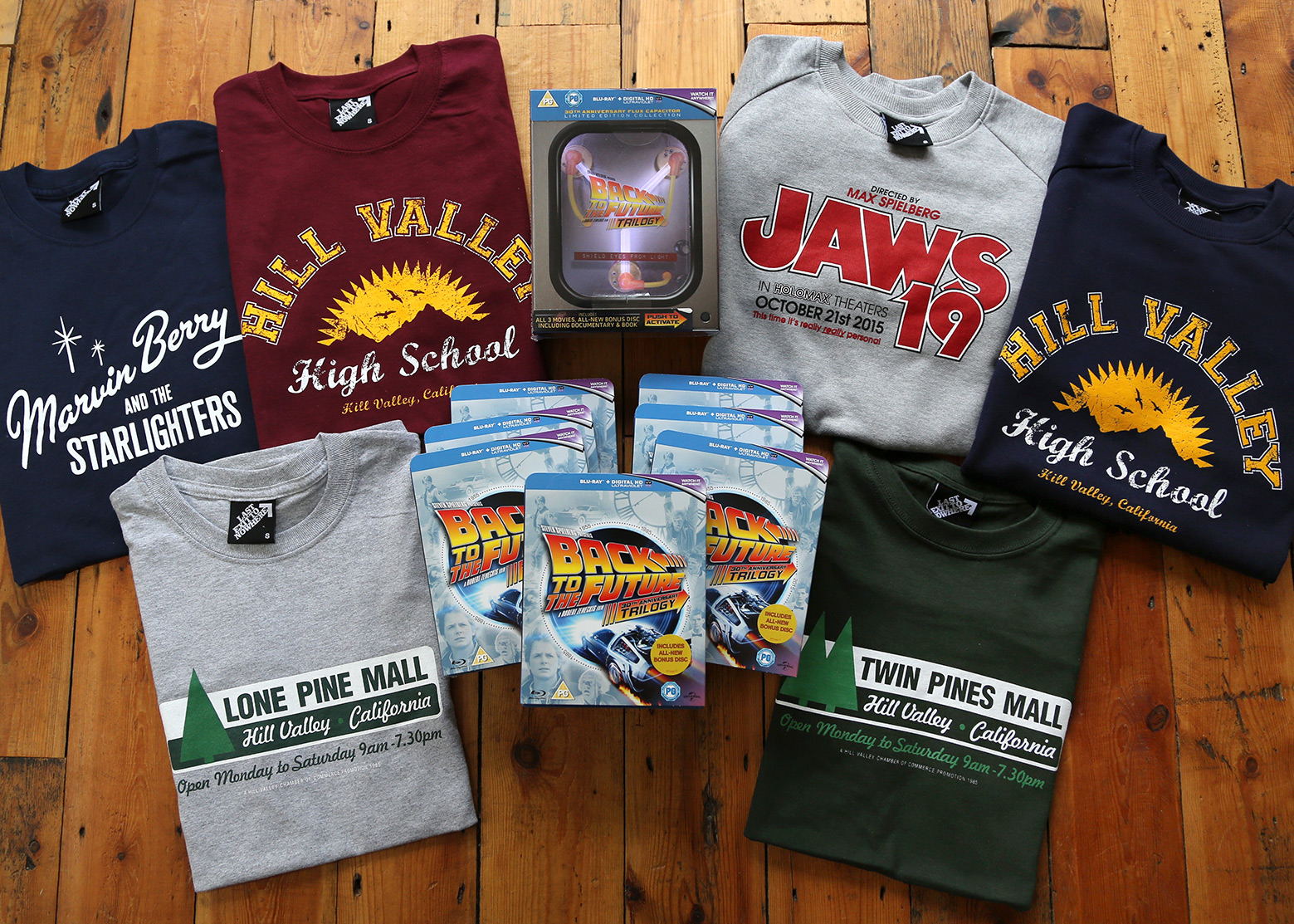 Back to the Future 30th Anniversary Competition

The winners of our recent Back to the Future 30th Anniversary Competition have been selected and announced. Winning the limited edition 30th Anniversary Flux Capacitor Trilogy Boxset and 6 Last Exit to Nowhere BTTF items of their choice is… Kate Gray. Congratulations Kate! An email has been sent to you.

The following have won the runner-up prize of the BTTF Trilogy boxset: Marc Gianelli, Jess Higham, Matt Southern, David Roberts, Ray Gilby, Lee Trathan and Mike Pettigrew. All of you should have received an email confirming too.

A big thanks to all of those who signed up and took part. Happy BTTF Day! 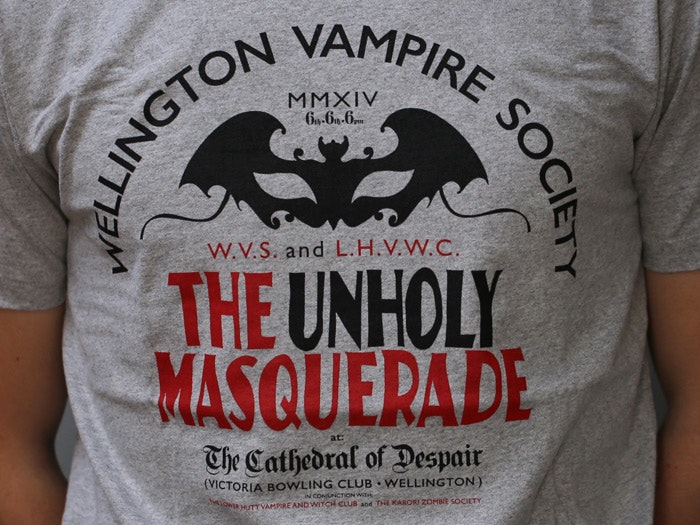 Inspired by What We Do in the Shadows

A two colour design, hand screen printed on a 100% cotton grey marl fitted T-shirt. Based on the fictional masquerade ball featured in the hilarious comedy horror from 2014, What We Do in the Shadows starring Jemaine Clement, Taika Waititi and Jonathan Brugh. 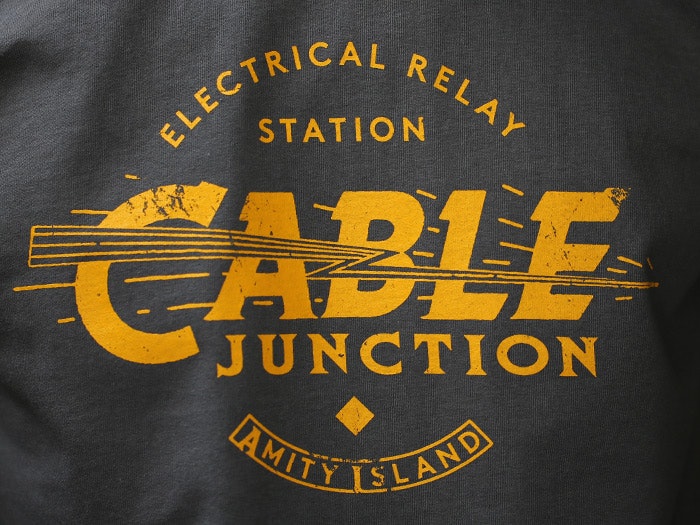 Cable Junction - An homage to Jaws 2

“All right, you big bastard! Come On! I’ve got something for ya’ now! That’s it! Attaboy, come on! Right over here! Open wide OPEN WIDE! SAY AAH!” A new addition to our range of film inspired T-shirts, inspired by the fictional electrical relay station featured at the end of Jaws 2. 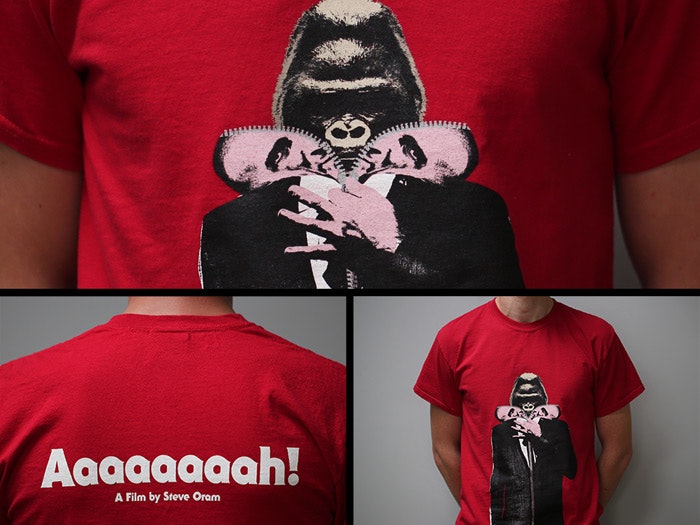 We Are Not Men

We’ve had the privilege of working with Rook Films on an official T-shirt for Steve Oram’s (co-writer and star of Sightseers) subversive comedy and directorial debut, Aaaaaaaah! A six colour design, hand screen printed on a regular fit, 100% cotton red t-shirt. View the Aaaaaaaah! teaser HERE

“Terrifyingly funny, hilariously sick and unlike anything you’ve ever seen before. Easily the cult movie of the decade” FILM4 FRIGHTFEST

“A transgressive situationist comedy and one of the great British films of the new millennium. It’s plainly and simply hilariously funny” LITTLE WHITE LIES

“Deeply offensive in all the right ways. Marks its strange, humorous territory with originality and style” PHELIM O’NEIL