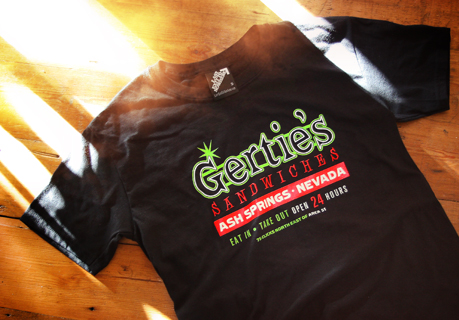 February 2011 sees the UK release of the highly anticipated science fiction comedy film Paul, starring and written by Simon Pegg and Nick Frost. We were bowled over when Simon approached us last year to see if we’d be interested in creating a design based upon a reference within the film and we jumped at the chance. Here’s a sneak peek of the result.

These T-shirts will go on general sale from 14.2.11 in conjunction with the film’s release and are only available to UK and European customers. Restrictions apply. Paul is distributed by Universal Pictures and is released in the UK from February 14, 2011. For further information about the film click on the image above. Paul is a trademark and copyright of Universal Studios. Licensed by Universal Studios Licensing LLC. All rights reserved.